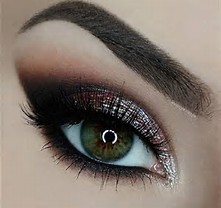 Hello Peeps time for a new Conversation Thread. This is
number 16 out of the series. I created and started this thread nearly 7 years
ago. I will change it often from now on. This is just a knock around
thread about things in life. My life and others. I am an avid Heidi
Daus Collector, former singer, model and so on. I do this thread because
I enjoy what I do. I love fashion and music and HSN is a little of both.
I cover a lot of music and fashion on this thread.

I am going to wish Happy Holidays to all the Peeps out there and please
stay safe.

This topic is marked as closed to new replies, however your posting capabilities still allow you to do so.